Home / In Development  / ‘Memories are made of this…’ 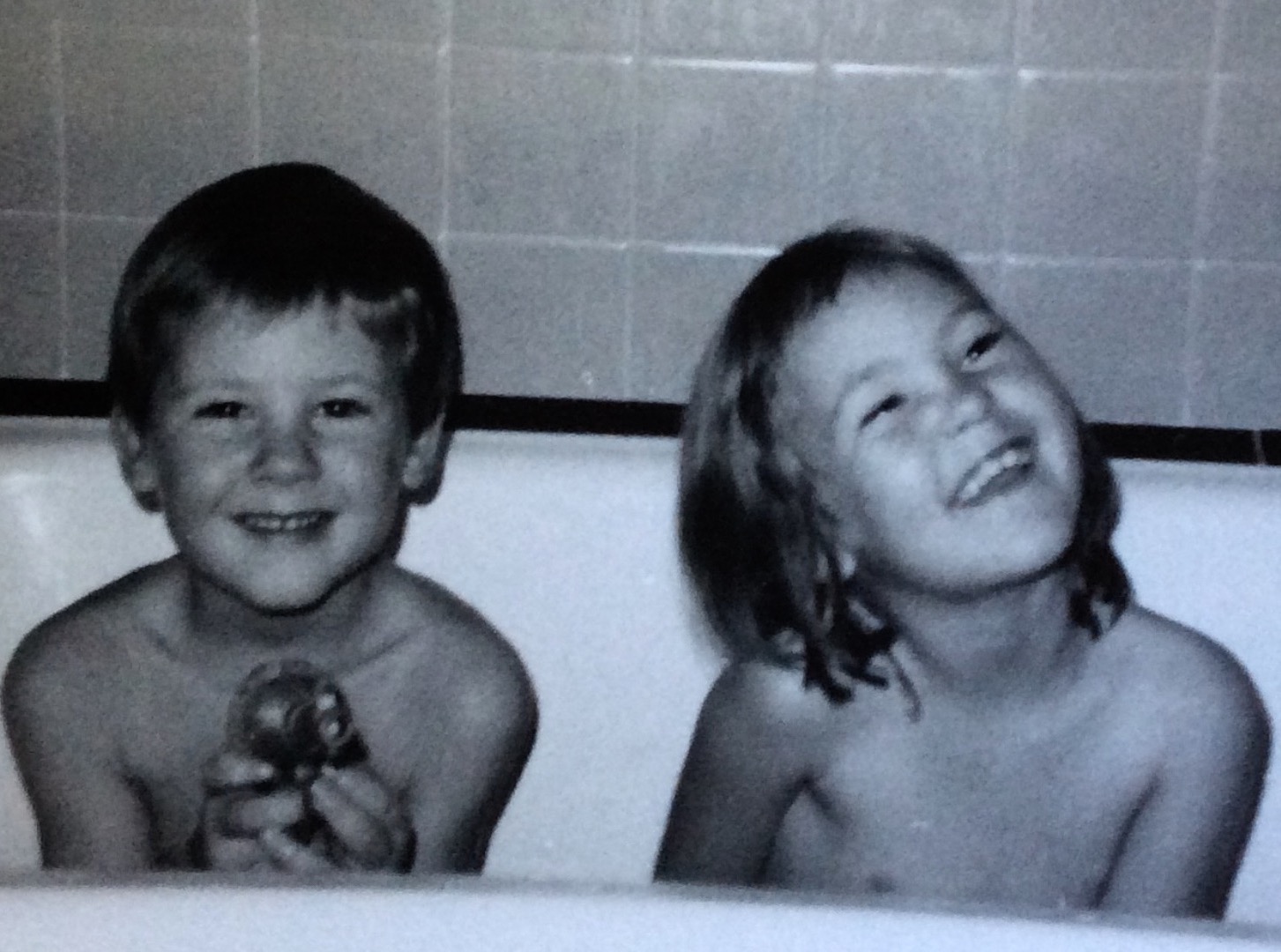 A sometimes humorous exploration of loss, memory and memorials, grief, mental health, funeral practice and rituals, the public and the private.

With thanks to Dr Hannah Rumble, a social anthropologist specialising in “death, dying and disposal” for kindly meeting me in Bristol to share some of her substantial knowledge.

The impetus for this project was the sudden death of my brother Paul and has encompassed research around the following:  loss, memory, memorials, grief, mental health issues, cultural attitudes to death and the language used, funeral practice and rituals in the context of capitalist and environmental issues.

A particular personal interest is that sadly my contact with Paul as an adult was quite limited because we lived in different parts of the country; also in the last few years of his life due to his deteriorating  mental health problems, he withdrew from the family and would not allow people into his flat.

This has led me to question my perceptions of him and how much of my memory is ‘real’ and how much is mediated by family photos, conversations with my mother and other brother.  After his death I had to clear his belongings from his flat and took photos with my mobile phone as a way of trying to make some sort of connection with who he was and why he was living the way he was. I also retained books and some objects that I thought reflected his personality and interests including a notebook that he had written in as his alter ego Dr Randall Flagg.

I am interested in the mechanisms involved in memory: recalling events through thinking about the person, from photographs, music, objects, even from smell (the musty smell of Paul’s possessions) – digital and physical traces. I consider the notion that our memories of a person/people are subjective and dependent on our life experience and mood at any particular moment.

Through this experience I started to think about the many ways in which mobile phones produced through environmentally damaging processes have become conduits of our identity and memorials of our lives in contrast to the living memorial of a natural burial that is considered the most environmentally sustainable funeral ritual in the UK.

I am hoping to develop this project into a live installation using objects, film, photos and sound. 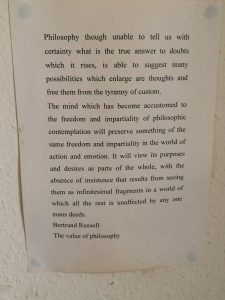 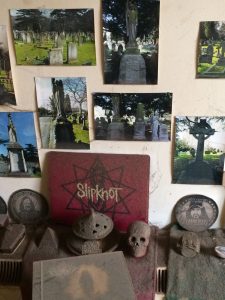 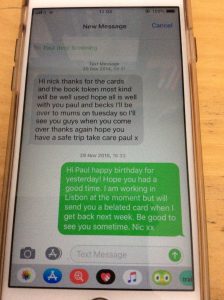